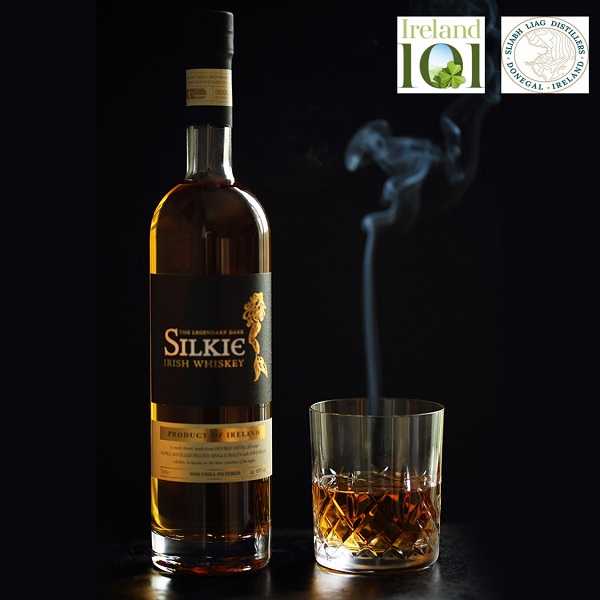 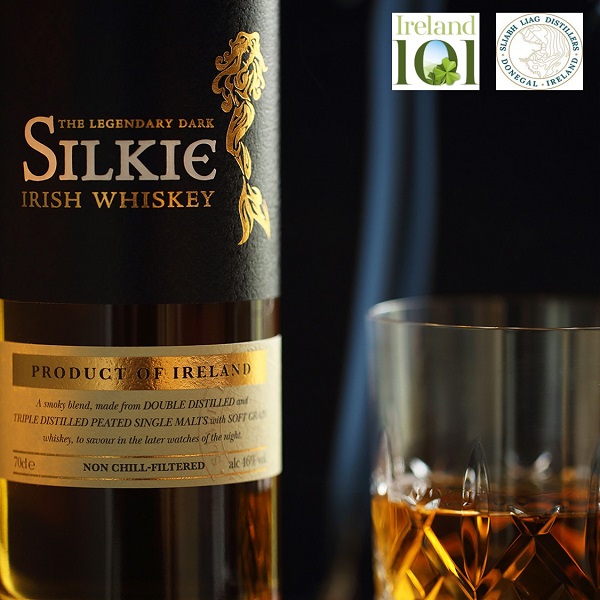 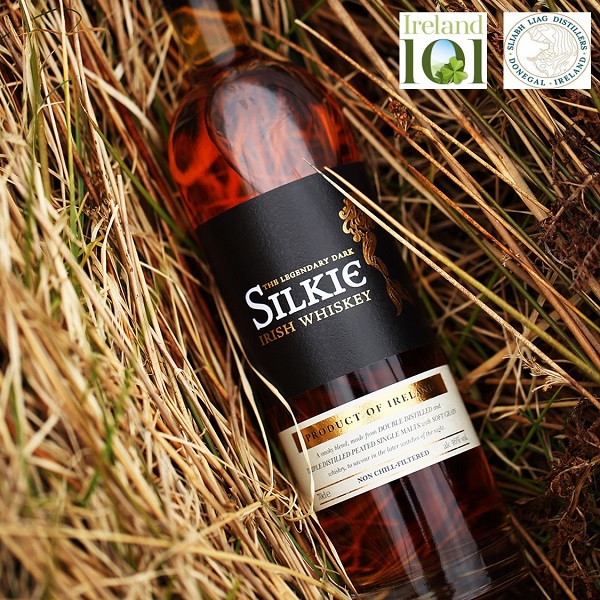 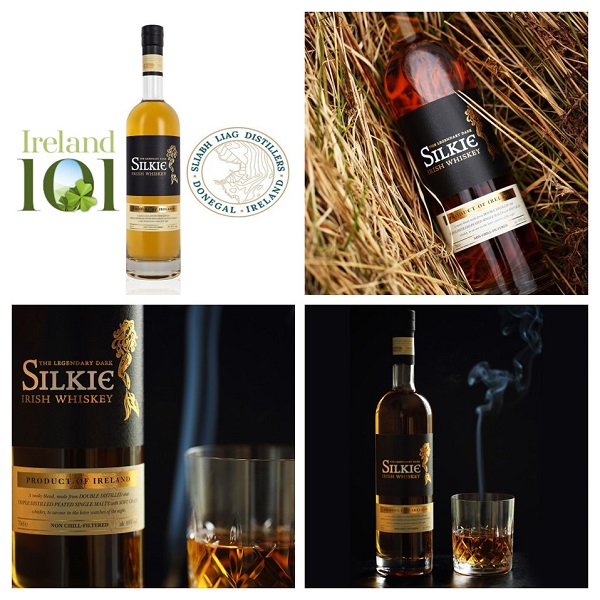 An ode to the Donegal whiskeys of days gone by, Dark Silkie is a rich smoky blend loaded with character. Non chill-filtered and bottled at 46%, the whiskey is incredibly smooth with a stunning natural sweetness. Irish peat is used to make the peated single malts, which is heather based rather than forest based, imparting a sweeter and less oaky flavour than Scottish peat.

James Doherty, founder and managing director of Sliabh Liag Distillers says: “The Dark Silkie is the first addition to the Silkie range and adds a smoky overlay to the signature Silkie style. It has always been my intention to bring peat smoke to blends and this is the first time we have been able to source the right smoky whiskeys for our Silkie. It’s the perfect stepping-stone for introducing the dry, rich, smoky style that we believe is true to Donegal and the wild Atlantic coast.”

“The Legendary Dark Silkie has, on the nose, fresh apple, pipe tobacco and the comforting dry smoke of a peat fire. To taste, the whiskey is super soft with a salted-caramel sweetness, dark chocolate and liquorice, oak, leather, and a dry spicy smoke. The finish is warming with smoky malt, peanut butter and melts away” Doherty added.

As with the multi-award winning Silkie Irish Whiskey, Dark Silkie is hand bottled at Sliabh Liag Distillers in Carrick, County Donegal and, in keeping with the strong tradition of storytelling still prevalent in Donegal, The Dark Silkie is named after the Silkies of the Donegal coast. Silkies are mermaid-like mythical shapeshifters, who shed their seal skin coats on a sandy moonlit shore to become beautiful sea maidens.