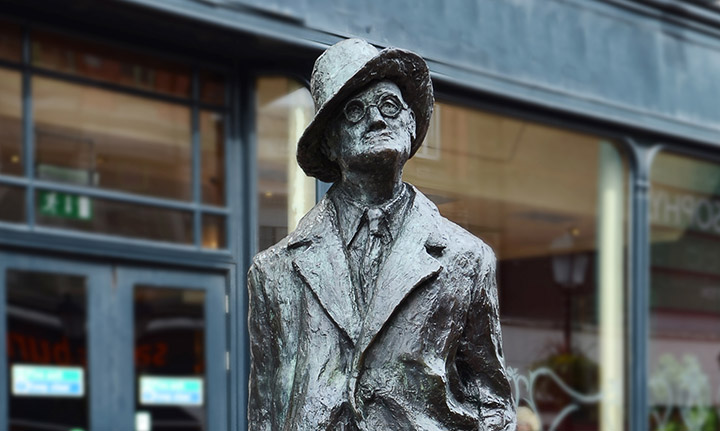 Modern literature has been greatly influenced by the experience and subsequent writings of Irish authors. From Gulliver's Travels, by Jonathan Swift to Maeve Binchey's Circle of Friends, these contributions are a record of history and glimpse of the human condition as seen through the eyes of the Irish. The following is a summary of five of the most renowned literary contributions from Irish authors.

Joyce's masterpiece is considered one of the most important works of modern literature. Ulysses is written in a variety of unusual styles, yet it is constructed with such skill that it flows together in one seamless narrative. The plot focuses on one day in the life of Leopold Bloom a middle-aged Jewish man. Bloom is a resident of Dublin, and the city is featured so prominently that it becomes a subtle character in and of itself. Ulysses is the Latin name of Odysseus, the hero of Homer's epic poem, and Joyce draws many parallels between his story and the Odyssey.

Set in Ireland in the fall of 1920, Last September takes place in the midst of the Irish War of Independence. The focus is on a small group of Anglo-Irish citizens who attempt to maintain, their lives of wealth and privilege despite the war that rages around them. Bowen skillfully depicts the relationship between the Irish, the British and the Anglo Irish characters, all thrown together is one small and strife torn area. This is an excellent treatise on longing for freedom vs. the exciting and terrifying prospect of independence.

McGahern's finest work features one of the great opening sentences of literature; As he weakened, Moran became afraid of his daughters. Once a hero in the Great War of Independence, Michael Moran's glory days are behind him. In his old age Moran fights on, but now his battles are domestic - waged against family and friends. This book is a riveting look at family life in Ireland in the 1960's. Mcgahern's skill at subtlety is underscored as he highlights important ideas, with quiet finesse.

Kate and Baba are two young women who are bored out of their minds with the slow pace of country life in their home of rural west Ireland. The two girls have grown up together, and together set out for a new life of adventure in the big city. The plot cuts to the quick, and builds to a dramatic conclusion. A breath taking coming of age story - possibly autobiographical.

Star of the Sea takes place in the bitter winter of 1847. Ireland is stricken by famine and injustice and many residents flee its shores. Packed to the brim with desperate refugees, the Star of the Sea sails toward promised lands. As readers become acquainted with the lives and motivations of different passengers, it becomes apparent that while the characters are intent on a new and different life, old ways are hard to change.