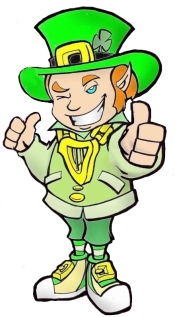 We have always had a wave of Irish film stars heading over to America. There were the trail blazers such as Maureen O'Hara (born in Dublin, lives in Cork), Peter O'Toole (lives in Galway) and Richard Harris (born in Limerick). Now we have another wave of fine Irish actors such as Gabriel Byrne (born in Dublin), Pierce Bronsnan (born in Meath), Colin Farrell (Dublin), Colm Meaney (Dublin), Cillian Murphy (Cork), Brendan Gleeson (Dublin).

The Irish have had very strong connections to American politics for generations. In total there have been 30 US presidents with Irish roots, including current incumbent Barack O’Bama, whose great-great-great grandfather – Falmouth Kearney – hailed from Moneygall in County Offaly. Between the Kennedy and the Daley (Chicago) clans, the most famous Irish American political connections tended to be with the Democratic party but there are also famous Irish American Republicans such as President Regan (roots in Co. Tipperary) and Peter King (roots in Co. Galway and Limerick). But this connection works both ways as Eamon DeValera (the Republic of Ireland's first Taoiseach) was in fact born in America (New York City).