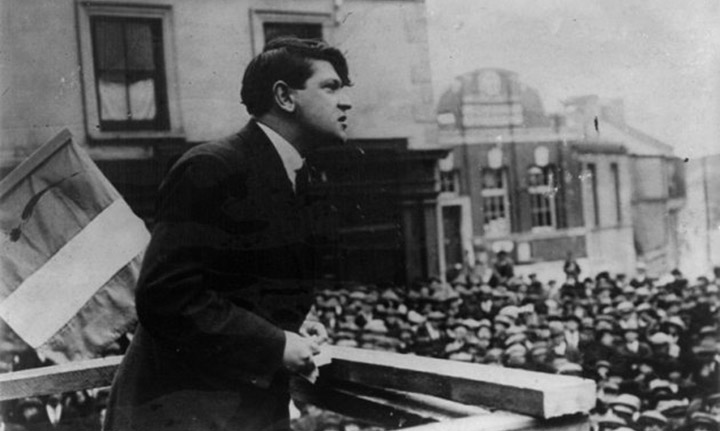 Michael ("Mick") Collins (Irish: Mícheál Ó Coileáin; 16 October 1890 - 22 August 1922) was an Irish revolutionary leader, Minister for Finance and MP for Cork South in the First Dáil of 1919, Director of Intelligence for the IRA, and member of the Irish delegation during the Anglo-Irish Treaty negotiations. Subsequently he was both Chairman of the Provisional Government and Commander-in-chief of the National Army. Throughout this time, at least as of 1919, he was also President of the Irish Republican Brotherhood. He was shot and killed in August 1922, during the Irish Civil War.

Although most Irish political parties recognise his contribution to the foundation of the modern Irish state, supporters of Fine Gael hold his memory in particular esteem, regarding him as their movement's founding father, through his link to their precursor Cumann na nGaedhael.