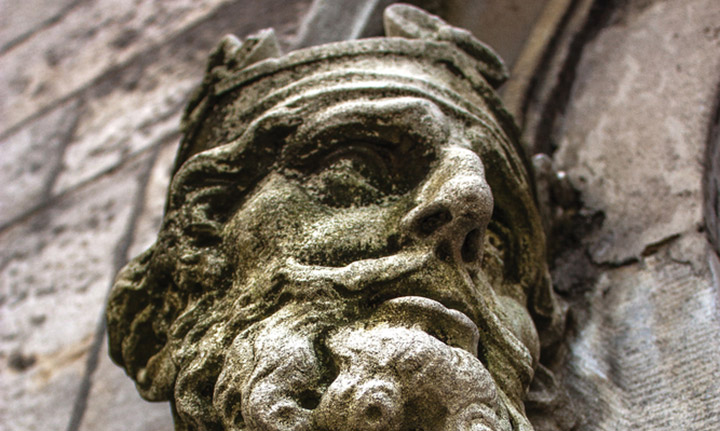 Brian Boru was born in 941 and died in 1014. Brian was an Irish king who ended the domination of the so-called High Kingship of Ireland by the Uí Néill. Building on the achievements of his father, Cennétig mac Lorcain, and especially his elder brother, Mathgamain, Brian first made himself King of Munster, then subjugated Leinster, making himself ruler of the south of Ireland. He is the founder of the O'Brien dynasty.

The Uí Néill king Máel Sechnaill mac Domnaill, abandoned by his northern kinsmen of the Cenél nEógain and Cenél Conaill, acknowledged Brian as High King at Athlone in 1002. In the decade that followed, Brian campaigned against the northern Uí Néill, who refused to accept his claims, against Leinster, where resistance was frequent, and against the Norse Gaelic kingdom of Dublin. Brian’s hard-won authority was seriously challenged in 1013 when his ally Máel Sechnaill was attacked by the Cenél nEógain king Flaithbertach Ua Néill, with the Ulstermen as his allies. This was followed by further attacks on Máel Sechnaill by the Dubliners under their king Sihtric Silkbeard and the Leinstermen led by Máel Mórda mac Murchada. Brian campaigned against these enemies in 1013. In 1014, Brian’s armies confronted the armies of Leinster and Dublin at Clontarf near Dublin on Good Friday. The resulting Battle of Clontarf was a bloody affair, with Brian, his son Murchad, and Máel Mórda among those killed. The list of the noble dead in the Annals of Ulster includes Irish kings, Norse Gaels, Scotsmen, and Scandinavians. The immediate beneficiary of the slaughter was Máel Sechnaill who resumed his interrupted reign.

The court of Brian's great-grandson Muirchertach Ua Briain produced the Cogadh Gaedhel re Gallaibh, a work of near hagiography. The Norse Gaels and Scandinavians too produced works magnifying Brian, among these Njal's Saga, the Orkneyinga Saga, and the now-lost Brian's Saga. Brian's war against Máel Mórda and Sihtric was to be inextricably connected with his complicated marital relations, in particular his marriage to Gormlaith, Máel Mórda's sister and Sihtric's mother, who had been in turn the wife of Amlaíb Cuarán?, king of Dublin and York, then of Máel Sechnaill, and finally of Brian.